A Testimony of Skinny-Shaming and Self-Love

A Testimony of Skinny-Shaming and Self-Love

Before you decide that you absolutely hate me for doing a post that talks about the struggles of being thin, just take a moment to bear with me. We live in a body-obsessed world, where there are literally societal expectations for our stomachs, thighs, hips, lips, butts, and more. We are obsessed with how we look- that is an undeniable fact- and wether we realize it or not, there are more weight-related struggles out there then just being “fat”. Is being heavyset or overweight difficult? Abso-fucking-lutely, and I’ve struggled with that myself. But is being incredibly thin just as difficult? Some may argue yes, some may tell me to shut up- I mean, what could be so bad about being naturally thin? Thin girls need to be more grateful for how skinny they are, right? Wrong. Body-related struggles are a universal thing, and they apply to more people than just those who tend to jiggle a bit more. I wanted to write this post to shed light on something that so many girls (and guys) struggle with, but is so overlooked- being thin. So, I interviewed Ashton, a dear friend of mine who I have known since I was first learning addition and subtraction. Ashton is stunning, and also naturally very thin- always has been, always will. Growing up with her (and a lot of other skinny friends), I have witnessed the bullying that comes along with being thin- and let me tell you, it’s not pretty. From being told to “eat a burger” by total strangers, to being called anorexic both to her face and behind her back, Ashton is the poster-child for a girl who has been bullied for her skinny body.

With that said, I want all of you to take a moment and think about how many times you have pointed out how bony a girl is, or said “Oh my god, she is sooo skinny!”- I know that I’ve done it. I know it seems like having a mega-high metabolism makes life way easier, but I want to show you that, in many ways, it doesn’t. Fitting into size 00 jeans doesn’t necessarily make bullying worth it, it really doesn’t. So, why don’t we all be a bit kinder, a bit more mindful- and whatever body type you have, just know that you are absolutely gorgeous. A bad bitch, if you will.

Embrace Your Rockin’ Body and Misfit Soul,
xoxo Julia B. 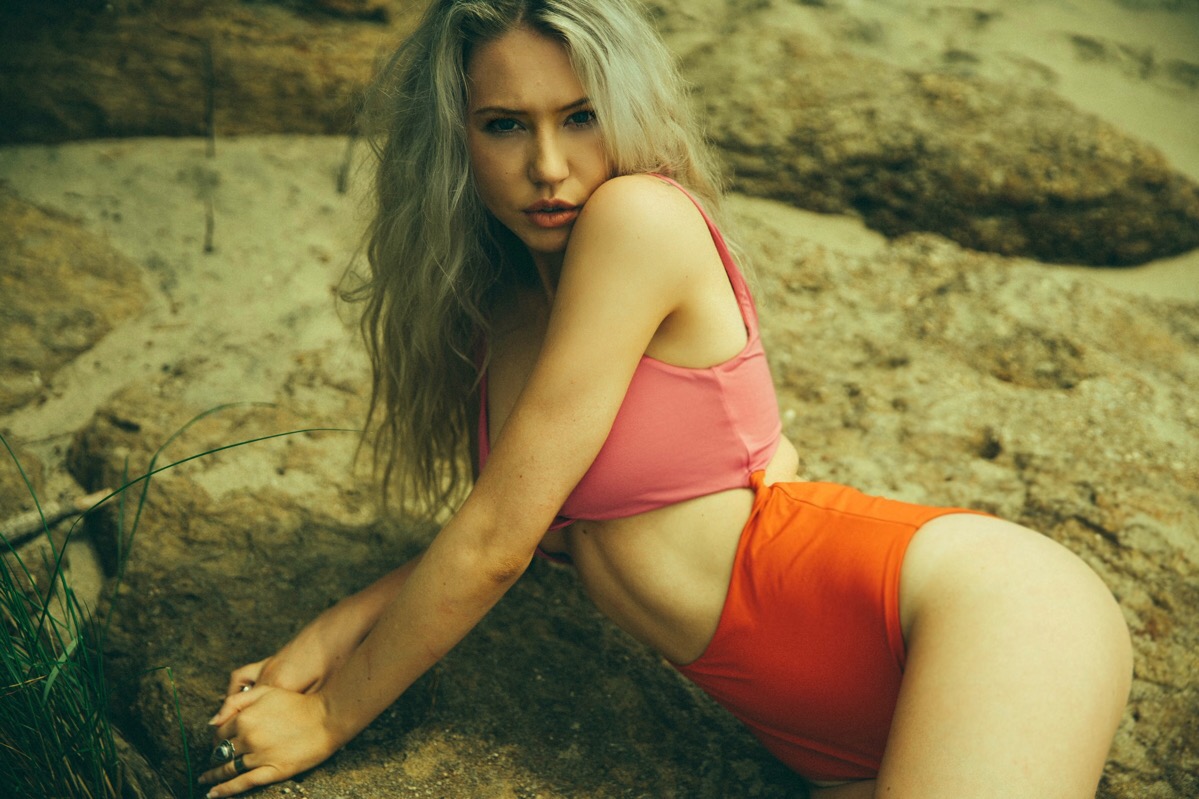 J: How would you describe your body?

A: I would say I’m pretty much thing all over, except for the top- I’m definitely top-heavy. The rest of me is just real thin- like no butt, it’s a pancake butt.
J: What are the things that you love about your body?
A: Oh gosh, what do I love? Well, I love my tits. They’re my girls, I’m not even kidding. I love them, that’s why I never wear a bra. Like, I grew these myself, you know what I mean? I love my legs because they’re super super long, and that makes me look tall even though I’m not. And then weirdly enough, I didn’t used to like this but I really it now, I have these sporadic moles on my back; I used to hate them, but now I actually kind of like them. My family has told me that they’re my stars.
J: Is there anything that you don’t like about your body, or something that you wish you could change?
A: Yeah, well, primarily my butt because I wanna be, ya know, hourglass; right now I’m like a triangle. That, and also you can see my spine, which really bothers me for some reason.
J: What do you typically eat in a day?

A: Oh my gosh. Normally I eat Eggos in the morning, or if I want a fancy breakfast, I’ll have a HEAPIN’ of bacon, a heapin’ of bacon…. I love bacon…. and pancakes and hash-browns and eggs- I love breakfast so. much. And for lunch, I’ll eat a sandwich of some sort, and chips. Then for dinner, it’s almost always pizza, almost always. Um, or a burger, or maybe pasta- something that’s nasty and I shouldn’t be having. I almost always have dessert, but it’s something stupid like Milky Way Midnights, which are my favorite thing ever. So I’ll have like 20, and that’s my dessert. Also, if someone doesn’t believe me, we have Snapchat evidence! 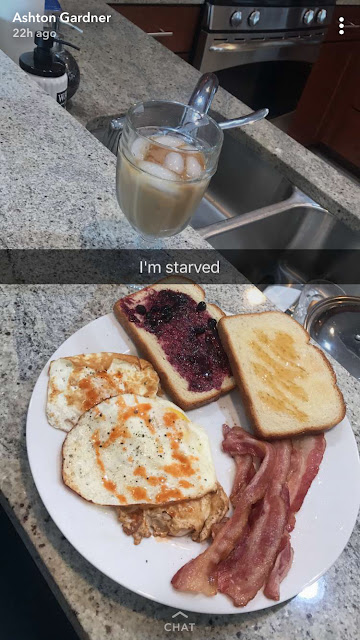 Actual evidence of Ashton’s diet and love for bacon.
J: Do you think that being super skinny is just as difficult as being heavyset or curvy?
A: Yeah, I do; I don’t ever wanna say that in a way that downgrades the struggles that come with being curvy, because I know that you guys struggle with lots of stuff, girls struggle with that all the time. But yeah, being thin does come with its own issues. There are times when I’ll be eating, and if I don’t finish all my food then I’ll be like “Oh my god, I have to finish this, because if I don’t, does that mean that I’m starving myself?” Which, is just as bad as being like, “Oh, I can’t eat this because I’ll gain weight.” When you’re a super thin girl, sometimes you’ll be gorging yourself on food just so you don’t feel like you’re starving yourself, even if that’s not the case at all. A lot of people don’t realize that that’s a side effect of mentioning “Oh, you’re so skinny, you need to eat a burger.”

Another thing that comes with being thin is that, because it’s not something that’s talked about a lot, people, for one, don’t consider what they’re saying to be offensive. In my opinion, people will be much more open about making comments to someone who is very thin than they would to someone who they think is fat. They genuinely think that they’re just being concerned about your well-being, but it’s really just extremely offensive. People tend to be really unfiltered about someone being skinny; once I confront someone about their comments, the response I almost always get from people is, “Oh, it must be so hard that that’s your biggest problem.” They kind of downgrade me being offended, because I guess in their opinion, people shouldn’t be offended by being called out for being extremely skinny. It’s frustrating because then I’m like, “What they said really hurt my feelings, but should it not? Should I take that as a compliment?” It really manipulates you and messes with your head; you start to think that you don’t have a right to be offended by those comments, even though you totally do. 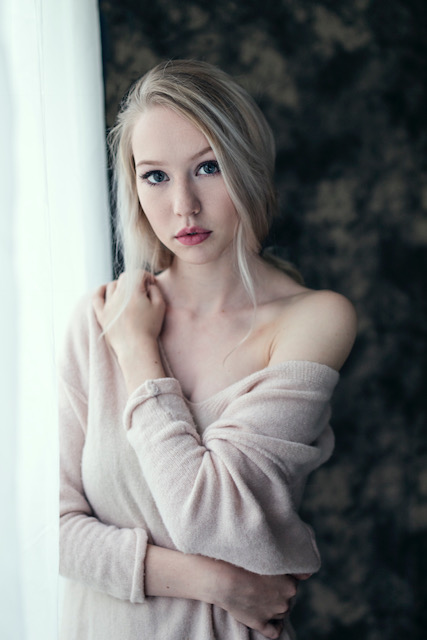 J: What are the kind of comments that people typically make about your weight?
A: So at work a couple of weeks ago, I was talking to a dad about his daughter, who was shopping at Free People; I was literally just talking to him about work and such, and he stops me mid-sentence and goes, “So, are you starving yourself? Because it really seems like you’re starving yourself.” I’m at work, so of course my only option is to be respectful, and I was like, “No, I can assure you I’m not.” Honestly, what do you say to that? Then, of course, there are the tacky comments like “you need to eat a burger” and “you need to put some meat on those bones.” People throw out the anorexic comments all the time; I’ve had people come up to me and say, “Are you anorexic? Do you need help?” I think the most hurtful comment I’ve gotten was that random dad who asked me if I was starving myself. For one, that’s such a bold, bold comment; the most disturbing thing though was that he seemed genuinely concerned about my well-being, even though he didn’t know me. Even if I was anorexic, which I’m not, do you really think that I would just open up and spill about it right here at work? Absolutely not.

After all of that happened, I posted about it on Snapchat. Normally, I would just be like, “Yo, you guys need to stop saying shit like that”, but I find it really important for people to be aware that eating disorders are a real thing. We need to be cognizant about the things to actually be aware of when it comes to eating disorders, and if someone you know really does have an eating disorder than you obviously want to get them help, but being thin is not always what you should look for when it comes to eating disorders. There are so many other symptoms and so many other things that you should look for besides just being thin.

J: How do you deal with the comments that people make about your weight?
A: It definitely depends on the person. Generally, if it’s a guy and they make some smart-ass comment, I’ll just be like, “fuck off.” First of all, like who the hell are you to comment on my body? Until you’re a woman and until you walk in my shoes, you don’t get to say a single damn thing. You should honestly appreciate any woman that looks at you or even breathes on you, because we are beautiful, magical, mystical beings and you know what? You’re not even worthy. So yeah, when it comes to guys, I’ll normally just tell them off. 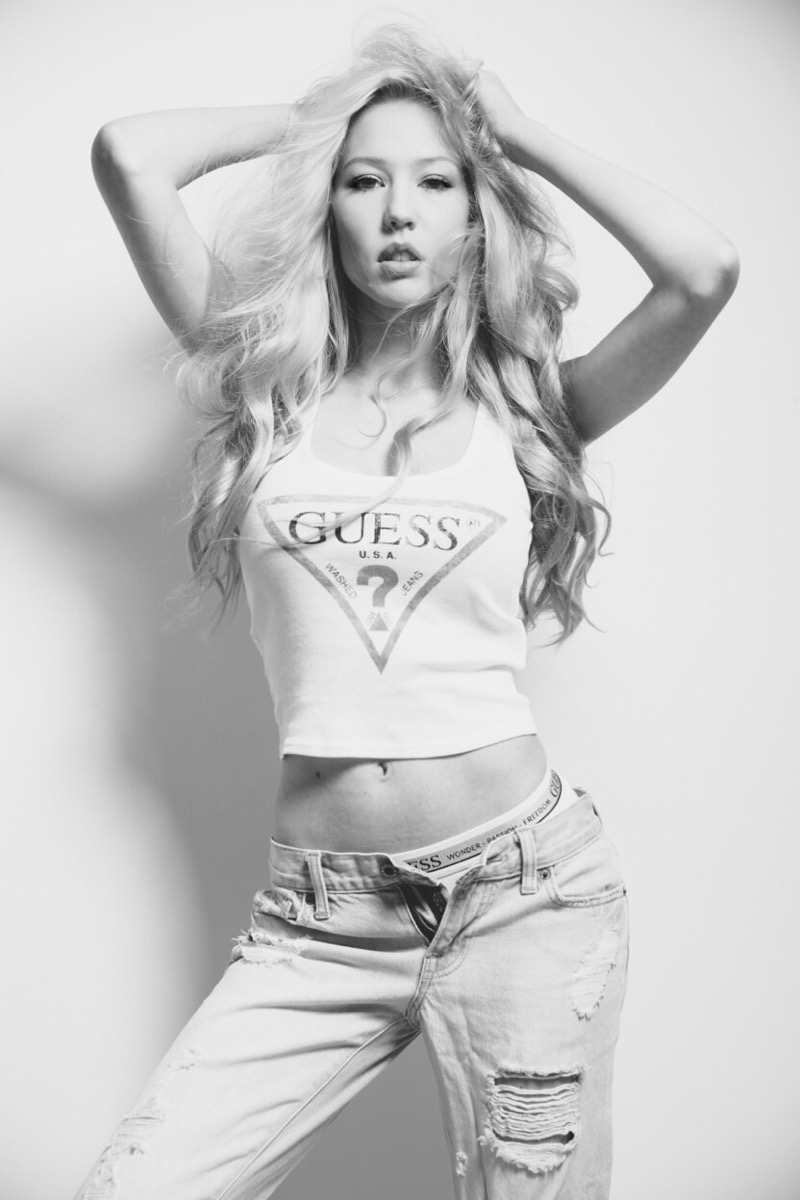 On the other hand, weirdly enough when it comes to girls, it’s a lot harder to stand up for myself. I don’t know why, but it’s one of those things where I always try to answer them in the most respectful way possible. I also feel like for girls, they never believe my answers, even if I’m being polite and respectful. I don’t know why, really. I don’t think they ever mean harm by their comments, but it definitely still hurts. There are even times where girls make comments that aren’t even bad. Most people would be flattered if someone tells them that they’re so tiny or skinny, but for me, it’s super triggering. When someone comments on my weight, good or bad, I instantly feel self-conscious. I automatically try to set the record straight that I don’t have an eating disorder, even if that’s not at all what they were alluding to.

J: What are your thoughts on the expectations for women’s bodies nowadays?
A: It is totally like the whole Kardashian thing- big boobs, big butts, tiny waist. So now, all of the super skinny girls are kinda not in trend anymore; to a certain extent, I appreciate that because they’ve taken a lot of the unhealthy image out of high fashion, and have started to move it in a more realistic direction. The ironic thing about that is that people now want curves, but without some of the things that naturally come with having curves, like cellulite, or thick thighs, or a bigger tummy. It’s just funny to me because it’s solely one, specific kind of curvy, and everything else outside of that body type is booted out.

J: If you could give advice to anyone struggling with their weight or body image, what would it be?
A: My advice would be just to listen to yourself and nobody else. You just have to embrace every single thing about yourself; you have to love it, and know in your heart that you are made the way you are and that it’s awesome. Even when people tell you good things, all of those feelings and that flattery from others is temporary, you really have to work on knowing it yourself. 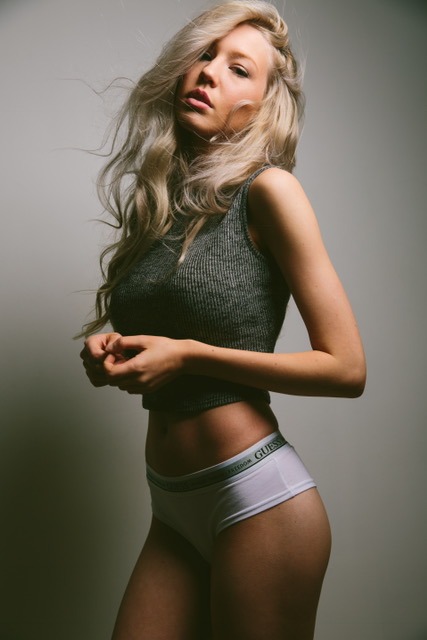 10 Skincare Items I Can't Live Without