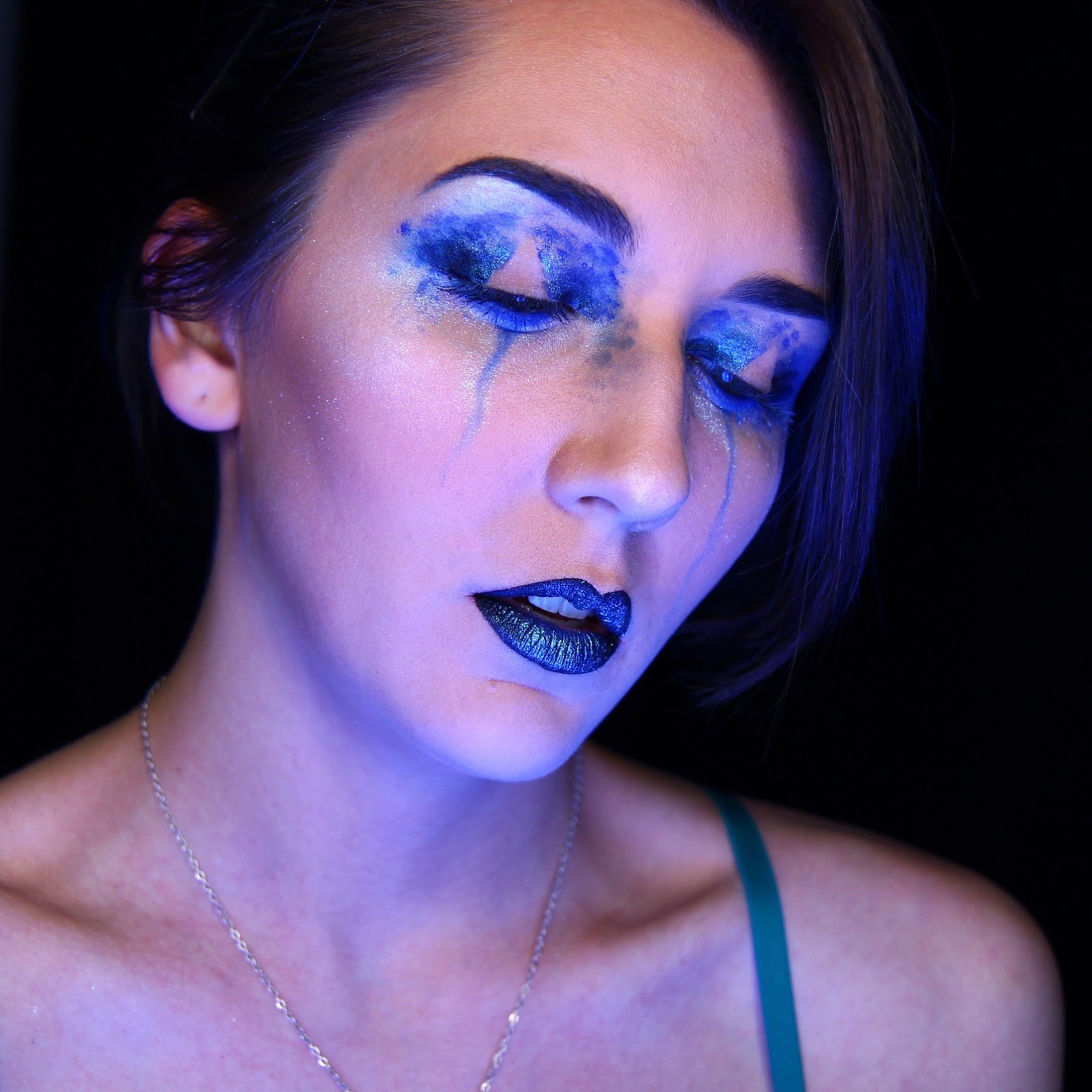 Instagram: @leblatz
Julia: What are you planning to study at SCAD?
Elly: I was studying film but now I’m switching to dramatic writing. I am minoring in film though, at the moment, but there are rumors that they’re going to be adding a makeup minor to SCAD.
J: What genre of film or TV would you hope to do screenwriting for?
E: I love things that make you think. Not really in a documentary type of way, but I really like psychological movies; I like movies that cause you to come out of it with a new perspective, or movies that have a twist to them. It doesn’t have to be a huge twist… have you seen “Crazy, Stupid Love”? Just when films have moments where you’re like “whattttt!”, and I love coming out of movies and being so excited to the point where I can’t shut up about it.
J: So how did you develop an interest in doing makeup?
E: I wasn’t allowed to wear makeup for a while, but as I got older, I was allowed to wear more and more. So freshman year was when I was allowed to start wearing eyeshadow. My mom is an artist, and my whole family is very artistic, so I already had that in my blood. So I started wearing makeup, and I didn’t really get into the makeup that I do now until about sophomore year. I realized that there was more to makeup than just making yourself look presentable, and that’s when I started seeing high-end fashion, and that’s also when Instagram started to get really big in the makeup world. 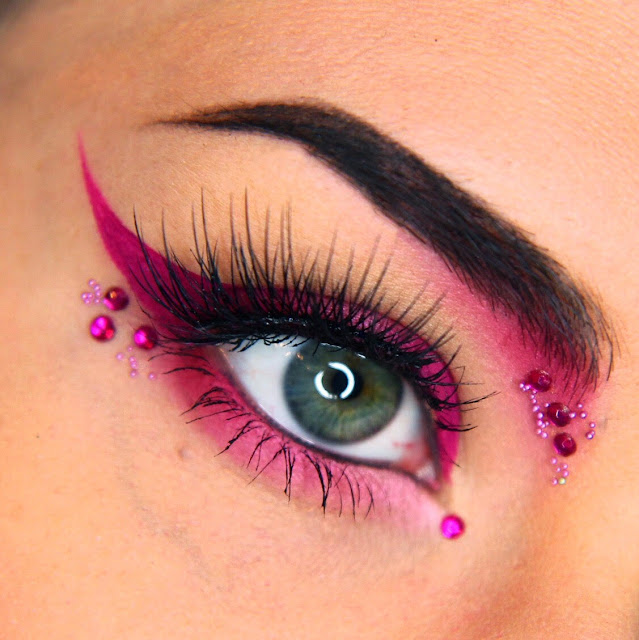 J: You had mentioned that you didn’t like “Instagram makeup.” Why is that so?
E: With Instagram makeup, a lot of the famous makeup artists are not certified, so they can’t technically call themselves a true makeup artist. Secondly, a lot of the techniques that they promote are actually drag. It’s fine if you want to wear drag everyday, but at the same time, you should acknowledge where you’re pulling your techniques from. Drag isn’t a type of makeup that people should really wear everyday; drag is supposed to totally transform your face. If you look at any actual famous makeup artist, you’ll notice that they don’t do makeup like that. There’s a difference between an actual makeup artist and an Instagram makeup figure.
J: I feel like Instagram makeup, in some ways, is kind of unhealthy. Girls now feel like they need to have huge lips and an insane contour. It’s artificial.
E: Yeah, it’s all drag makeup, it’s supposed to totally transform your face. I’ll do a little bit of bronzer sometimes, but I refuse to contour because I like my face as is, and I don’t want to come to a point where I don’t like my face without makeup on. I feel like doing a heavy contour and all of that stuff does that to people. Sometimes I’ll wear fake lashes if I want to add more to my look, but I don’t wear them everyday because I don’t want to feel gross and look down on myself when I’m not going all-out with my makeup. 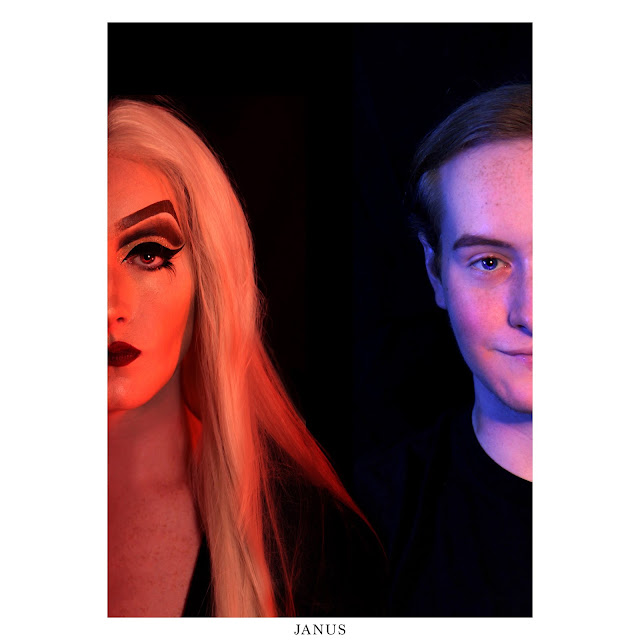 J: What do you love most about doing makeup?
E: I love the way I could totally transform myself, whether it’s just with a little pop of color on my eyes, or totally making myself into an entirely new character. Again, I’m going into dramatic writing because I love telling stories, and I like makeup because it can transform me into a different person. Even if I’m just going out for the night, doing my makeup can totally change my mood.
J: Why do you think that makeup is such an important form of art? Do you think that it’s an overlooked art form?
E: Makeup is incorporated into almost everything. If you look at any advertisement, whether it’s something so small, or something that you don’t even think that there is makeup needed for it, there’s always a little bit there. That little touch of makeup can totally transform the model. I also just like the way that makeup impacts things, and it’s a very fun and hands-on form of art.
Oh, totally. Sometimes I look at makeup that other people do, and I’m like, “Oh, I could do that.” and then I try to do it and it’s really hard. I think that a lot of people don’t see how much that it impacts you, and aren’t aware of how often it’s used. Every single show, every single movie for the past hundred years- well, that’s how long film has been around- have used makeup. If you look at any fashion shoot or any advertisement, everyone always has at least a little bit of makeup on. If you took the makeup out of all of those things, they would totally lose the appeal and it would take away from the whole aesthetic of it. It’s incorporated into basically any form of art that has a model in it. Makeup is everywhere. 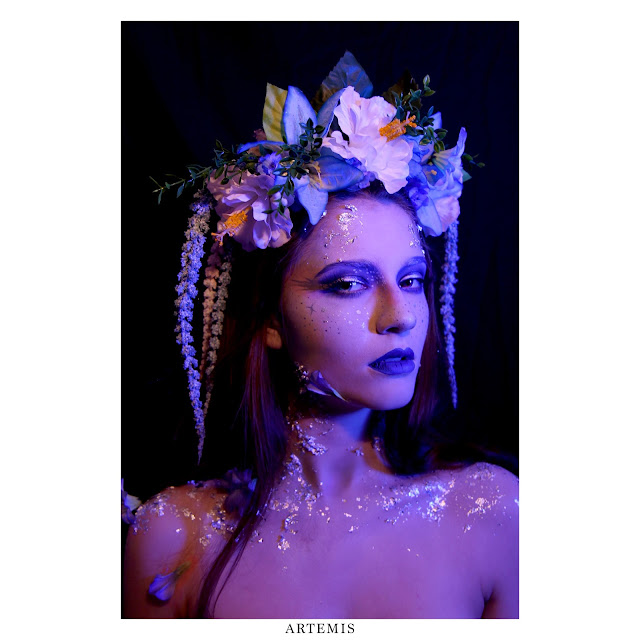 J: Do you see yourself working with makeup at all in the future? Do you feel like it’ll be a part of your career one day?
E: Right now it’s a hobby, and I don’t know if it’s going to take off anywhere, but I would like for it to. It’s something that I am incredibly passionate about, and I am a strong advocate of going for whatever you’re passionate about. I would much rather be a starving artist for 10 years of my life than settle for a job that I’m not happy doing. I’d really like to get my certificate and be able to do makeup professionally, and get the proper teaching that I need. Actually, I had someone reach out to me because he was interested in my creativity, because of my makeup and everything. So I have had people who have expressed interest. I don’t know if I’ll end up working directly with makeup, but it’s something that I can definitely see myself having as either a side job or having it still as a hobby. 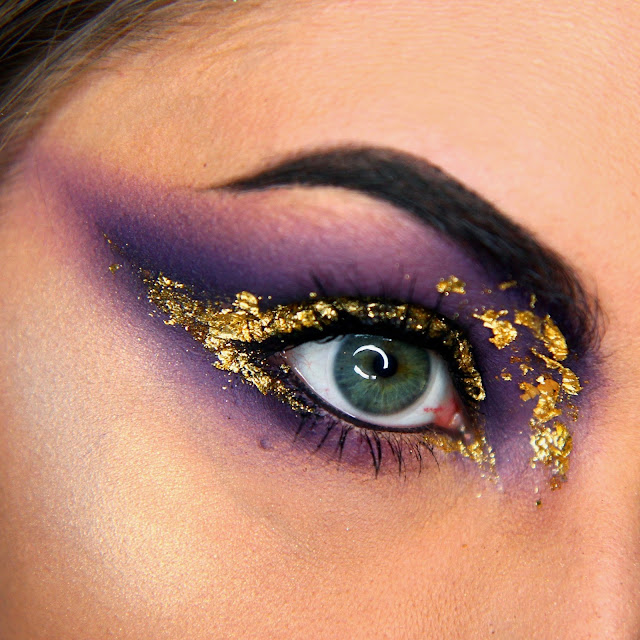 J: When creating different makeup looks, where do you pull inspiration from?
E: I think I pull it from everywhere. I do follow a bunch of artists on Instagram, people who are more like “high-fashion” makeup artists. I like pulling inspiration from a lot of different types of art. Sometimes I’ll see a painting where I love the color scheme, or I’ll see a brightly colored building where I like the geometric pattern within it. I’m also super into 1920’s art deco, and I love the aesthetic of the 1940’s, which also influences me. Also, the things in film and media definitely influence me; I love characters who are sort of based around makeup, like the Countess from American Horror Story. Sometimes it’s the people around me, and sometimes it’s the art and the environment that surrounds me- so a little bit of everything.
J: How has art influenced or enriched your life?
E: I have a very, very artistic family. My mom is an interior designer, my older sister is very into graphic design, and my little sister is getting there- she hasn’t really refined and specified her skill, but she is very creative, and my dad is a huge writer. So I’ve just always had that around me, and it’s something that I’ve always been taught, whether it was blatantly stated or a subliminal message that art is a great way to express how you feel. If I’m happy, then I will create art, if I’m sad, I’ll create art; it’s such a great outlet. Art brings me so much joy because I am a creative person, and it’s something that I absolutely love seeing people’s reactions to. I’m a huge people person, so being able to please people with my art is something that I’ve always enjoyed. Art has definitely been a huge facet of my life, and I would not be the person I am without it. 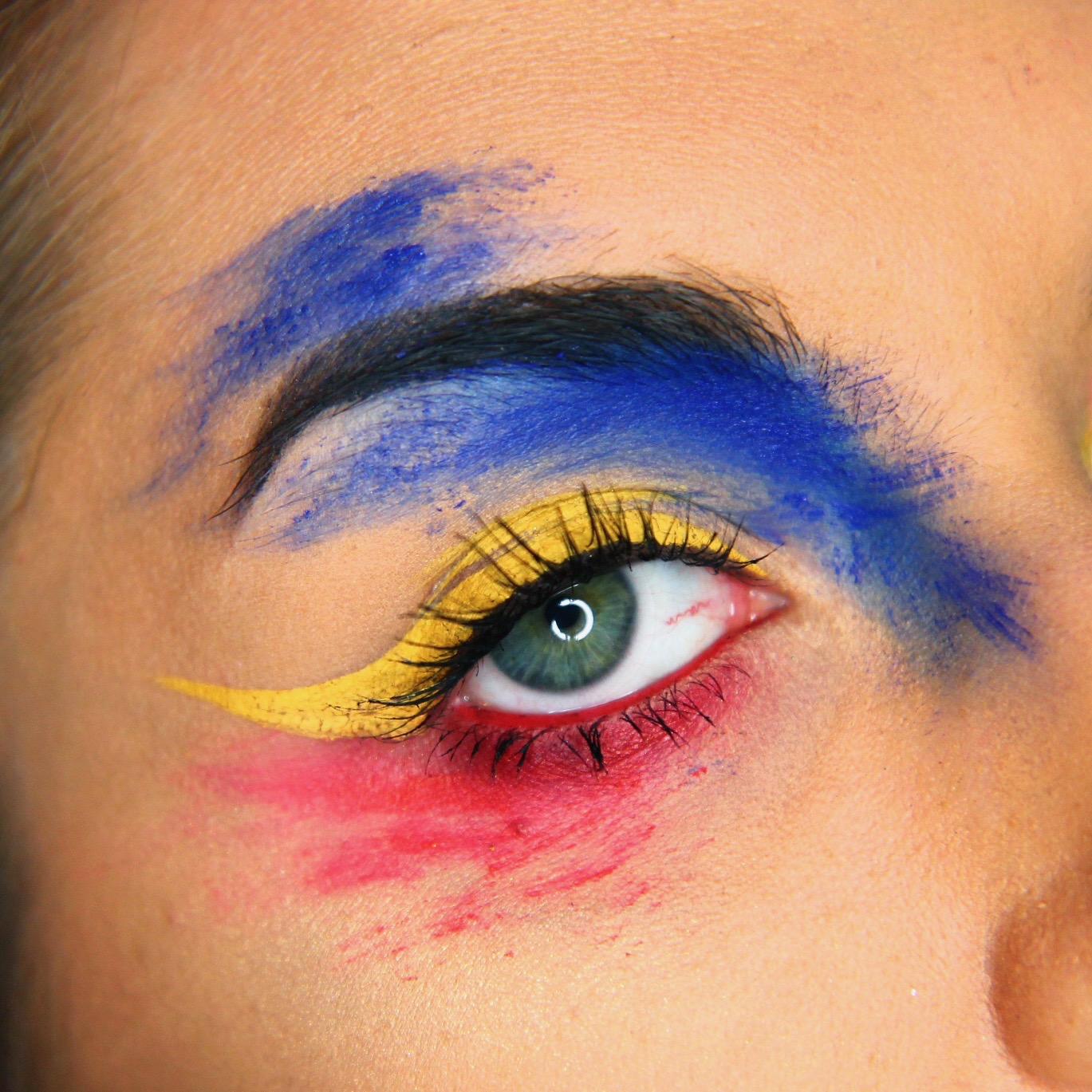 J: Would you consider yourself a misfit?
E: Definitely. I’m a huge nerd, so sometimes I start talking about something that I’m really, really passionate about, and some people literally just give me this blank stare because they’re like “What the hell are you talking about.” I also know that the life I live is unconventional. I come from a very conservative, Catholic family; my dad is very logical, he’s a businessman, he went to MIT, etc. So to come from that, I definitely feel like I’m the odd one out in my family. I think that everyone is a misfit to some degree, because everybody is their own person, and if we were all the same person, life would be so boring. So, to answer your question, yes, I am a misfit and I would not have it any other way.
J: I really relate to all of that. I actually wrote one of my college essays on being a “misfit”, and someone told me that no one would want a misfit at their school. The word “misfit” has always had such a negative connotation, but it could really be something that’s very positive. Who wants to fit into a tiny boxy of normalized standards, honestly?
E: Exactly, that’s so boring! I like being different because that means that I have so much more to give, and I have so much more to do to bridge the gap between other people. There’s some quote by someone that says, “Art is supposed to comfort the disturbed and disturb the comfortable” and that’s something that I really love. I like being someone who can turn heads and catch people’s attention, and I don’t think you can do that if you’re a regular John Doe. If you always go with what everyone expects of you, then you’re never going to live up to your full potential. 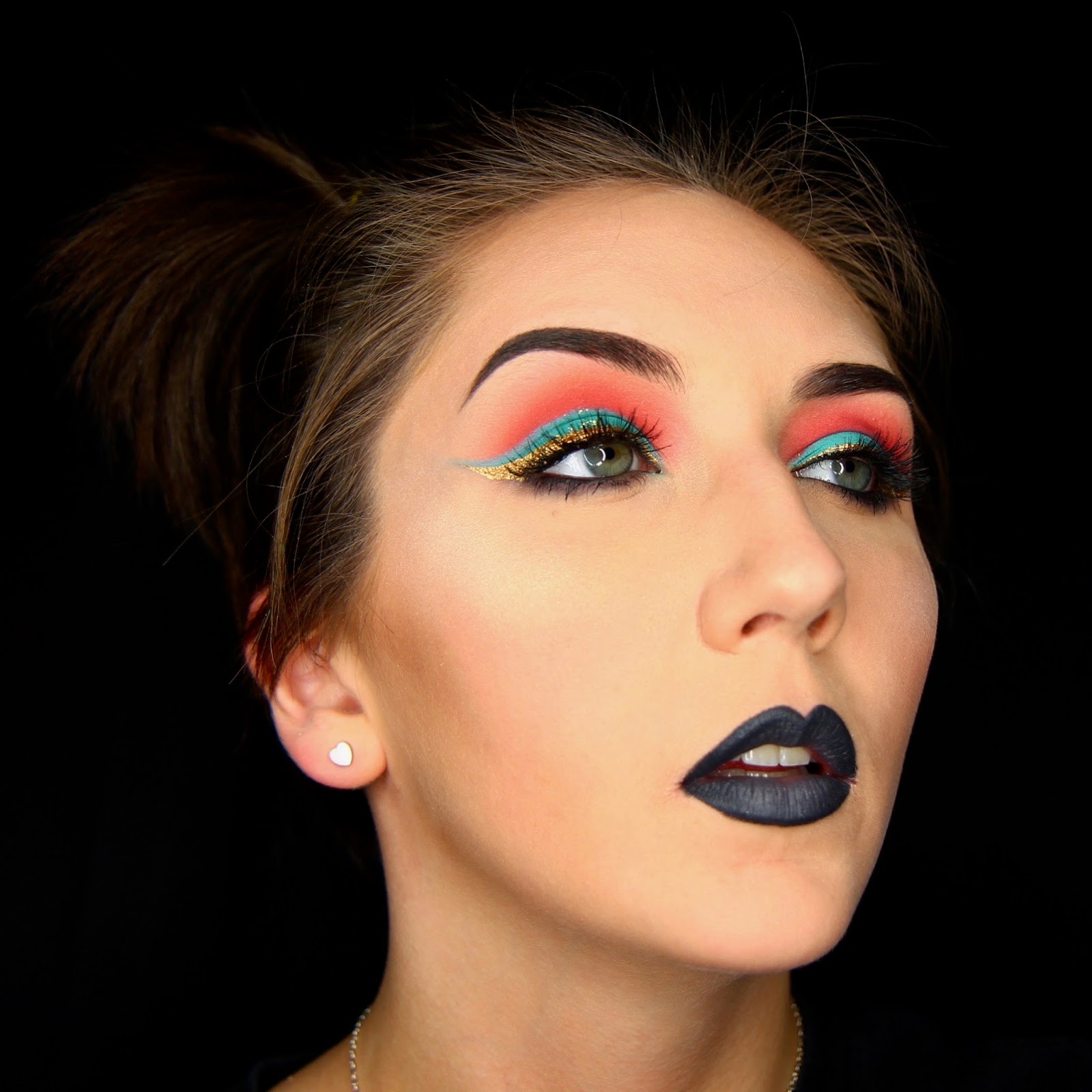 J: If you could give advice to a younger artist, or even someone who feels like a misfit, what would it be?
E: If you have a passion for something, whether it’s the stupidest little thing, don’t let go of it; see where it can take you. If you told me three years ago that I’d be going to school for dramatic writing, I would’ve told you that you were crazy. Everything that I am now is because somebody once pointed out to me that the way I write is like a script. Don’t shy away from the things that make you really passionate. I spent a majority of my life trying to fit into what other people wanted, and some people didn’t like me because I was too nerdy or whatever else; now I fully embrace that I am a nerd. I now embrace that I am an artistic person and that I live an unconventional lifestyle, and that I’ll probably be a struggling artist for the rest of my life.
You shouldn’t think about the things that hold you back, but rather, take the things that hold you back and use it as a way to propel yourself forward. If somebody wants to tell you “no”, I think that you should shout “yes” back; if you have anything in the way of your success, then try your hardest to get around it. Don’t let go of the things that truly make you happy, because those are the things that are going to get you to wherever you want to be in life.

A Post About Love, Heartbreak, and A Moschino Bag